How can I tell if my child is stuttering

Does your child battle to complete sentences sometimes? Repetition of sounds and words is a common part of speech development. Here’s what you need to know about ‘disfluency’, and when to take action.

What is ‘normal disfluency’?

Between the ages of 18 months and 7 years, many children pass through stages of speech disfluency (interruptions in the smooth flow of speech) associated with their attempts to learn how to talk.

Normal disfluencies between 18 months and 3 years include repeating sounds, syllables, and words, especially at the beginning of sentences (t-t-t-table/ ta-ta-ta-table). You might hear these sounds in one in ten sentences, says speech and language therapist for Nubabi, Carianne Vermeulen.

After the age of 3, children with normal disfluencies might repeat whole words (I-I-I can’t) and phrases (I want…I want…I want to go). They will often also use fillers such as “uh” or “um” and sometimes change topics in the middle of a sentence, revising and leaving sentences unfinished, says Carianne.

Children are likely to increase their disfluencies when they are tired, excited, upset, or being rushed to speak. They may also be more disfluent when they ask questions or when someone asks them questions.

These patterns are all parts of normal speech development and you needn’t be concerned. (However, if you are worried, check in with a speech therapist.)

How can I tell if my child is stuttering?

Stuttering typically begins between the ages of 2 and 5 years. Some children show signs of stuttering as young as 18 months or show no signs until the age of 12 or 13 years. Many children go through a stage of development during which they repeat words and phrases, draw out sounds, or have other disfluencies. In most cases, this “stuttering” is considered normal disfluency.

For some children however, seemingly normal disfluencies are actually signs of early stuttering – a developmental speech disorder – says Carianne.

In about half of all cases it begins gradually over the course of many months. In the other half of cases the stuttering begins suddenly, within about two weeks. Early stuttering may not progress smoothly, rather it comes and goes in cycles. Left untreated stuttering may become more severe over time. There are some common signs of stuttering to look out for:

Eight signs your child is stuttering 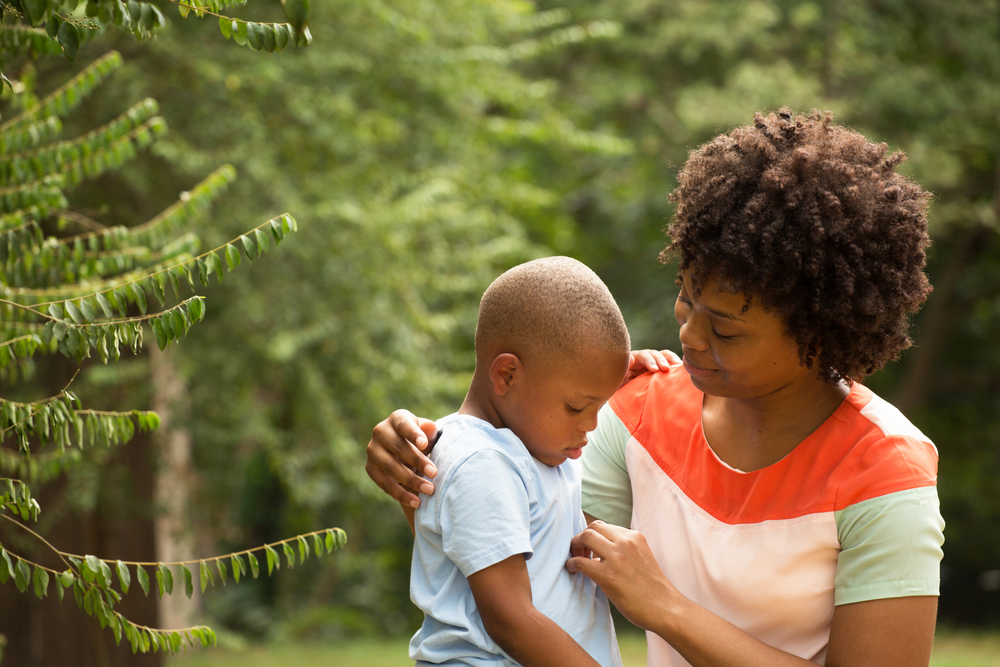 Certain factors may place children at risk for stuttering. Knowing these factors will help you decide whether or not your child needs to see a speech-language therapist. If your child has early disfluencies and one or more of these risk factors, it may be worth consulting a therapist.

What you can do to help

It is important to remember that parents do not cause stuttering. Still, there are several things you can do to help your young child learn to speak more fluently:

Speak slowly. Children tend to be more disfluent when they or the people around them talk more quickly. The key to talking slowly is to use pauses, between words and between phrases. For example (the dots indicate pauses approximately 1 second long): “One fish…….two fish………red fish…….blue fish.” Try this when reading (Dr Seuss books are great for this), then apply the same pace to conversational speech. Another way to relax the pace is to reflect a child’s sentence back to them, more slowly, and expand on it. For example, “You want to play outside now? (pause) Okay, that would be fine.”

There is sometimes an irresistible urge to try to help children by telling them to “speak more slowly” or to “stop, take a deep breath, and think about what you want to say.” This only makes a child more self-conscious about his speech. The same is true about finishing a child’s words or making seemingly supportive comments about his or her fluency; it’s best not to make any comments of ‘corrective’ remarks. Rather listen to and respond to the content of what your child is saying.

As well as speaking slowly, pausing for a second or two before answering your child’s questions gives your child the time he or she needs to ask and answer questions, and it helps teach him not to rush into responding during his own speaking turns. Try not to hurry your child up when speaking or in any other part of his daily routine.

A speech-language therapist will be able to help your manage any disfluencies like stuttering. It’s important to remember that a child can feel distressed when having difficulty expressing him- or herself, and a parent who is patient, accepting and understanding can go a long way to overcoming this early challenge.