What's the point of pointing?

Communication involves so much more than just speaking.

An essential part of our ability to communicate successfully with others requires the use of non-verbal communication.

Non-verbal communication includes the use of body language and gestures (including pointing), the tone of a person’s voice, proximity/distance between speakers and facial expressions.

Pointing is much more than just one of those cute things that babies do, says Carianne Vermeulen, Speech-Language Therapist. Pointing marks an important developmental milestone and indicates a baby’s desire to communicate even before they have the words to do so. Through pointing, a baby can communicate basic information, tell you about things that are of interest to them and what they want.

The stages of pointing

Pointing is a skill that is refined as a baby grows and develops. This skill usually emerges around the age of 7 to 8 months and continue to develop until approximately 15 months of age.

Your baby will begin to develop pointing by first watching others point (for example, you may point to a dog and say “Look, a brown dog.”). Later, your little one will begin to imitate and point to him/herself.

At first, a baby will point using their whole hand, and after approximately three months following the emergence of this skill, they will start to extend their index finger to point to something.

Initially, a baby will only point to items within their immediate environment which are tangible, and they can see. With time, a toddler will learn to point to items that were present, but that is no longer there.

Why does a baby point?

Pointing serves several communicative functions. A baby or toddler may use pointing to:

What skills should your baby have to use pointing?

Although the act of pointing may appear simple, it is, in fact, a rather complex skill. Your baby can only begin to develop and refine pointing skills once the following foundational developmental skills begin developing or have been mastered:

Research has shown that the early use of other gestures, such as waving bye-bye, clapping hands and raising hands to be picked up, are all precursors to using the skill of pointing.

The use of these specific gestures allows your baby to develop and build, amongst other things, on their imitation skills, hand-eye coordination and the ability to request to have needs met. 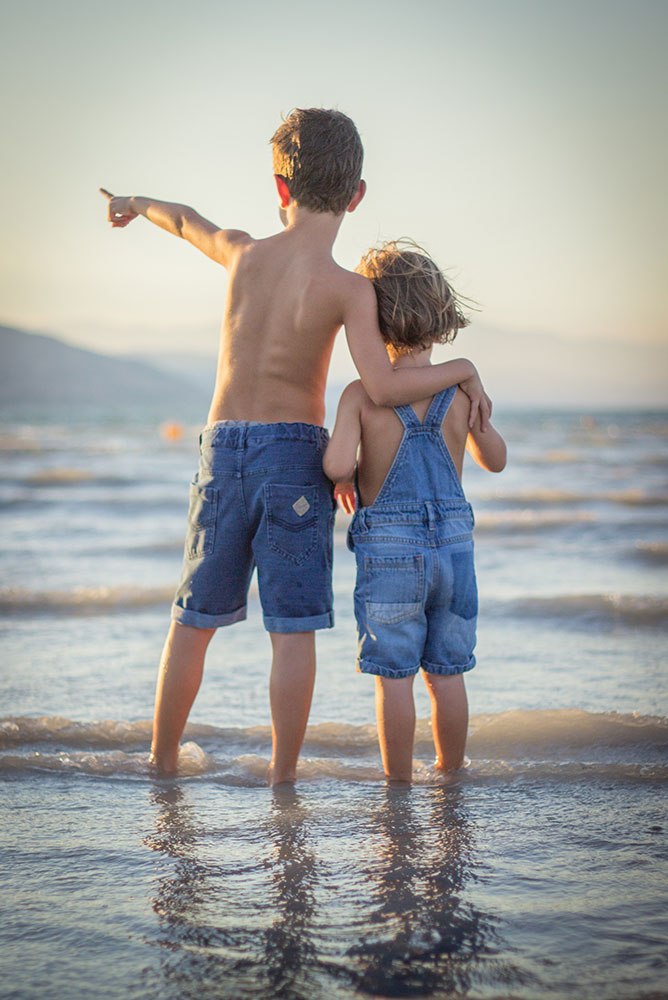 The ability to point is a valuable indicator of communicative development

From a developmental perspective, pointing shows us that a baby has developed certain social and communication skills. Specifically, it shows us that the baby knows how to draw someone’s attention, convey a message, and attempt to influence someone’s actions or reactions. All of this communication is conveyed with one tiny finger.

Around the time they celebrate their first birthdays, toddlers demonstrate the ability to point to locations where an object has been but is no longer present or visible, in an attempt to refer to that object. This action suggests that they understand the referential function of the gesture even in the absence of the object. This is an important precursor to later developing language skills.

Babies that point a lot from an early age tend to learn words at an earlier age. Many studies have shown that babies’ first words are often for things they have previously pointed to.

It is common for babies to combine pointing gestures with vocalizations, for example, pointing to an object while saying “da!” at the same time. Babies seem to do this when they are particularly intent on communicating about something, and they want to ensure that the adult looks at the object of interest. The ability to produce speech and gesture simultaneously with a single referential intent is a clear and important skill in language development.

Another reason that pointing is important is that it makes the adults in a baby’s life talk about whatever the baby is pointing at. This encourages adults to label items that the baby finds interesting, which in turn helps the baby learn new words. Pointing is therefore directly linked to language development.

Research has found that the more children point during their early years, the better their language abilities are later on.

How to encourage pointing

One of the best ways to promote pointing is to model this action making sure that you are pointing in your baby’s line of sight. Babies start to understand the purpose of pointing when their parents and caregivers point to things during everyday life.

At first, you can make it easier for your baby by pointing to things that are close by, like an exciting toy or a snack that is just out of reach. Later, you can try pointing to items that are a little farther away, such as something interesting across the room.

Pointing is a universal skill and one of those exciting “firsts” that delights parents. Not only does it provide a window into what your baby is thinking, but it also gives you a new way to communicate with your baby before spoken words emerge.

If you are concerned that your child has not started pointing yet, talk to your paediatrician or contact a speech-language therapist in your area.